The City of Cynthiana is located along the banks of the South Fork of the Licking River in the “golden triangle”:  28 miles Northeast of Lexington, 90 miles from Louisville, and 60 miles South of Cincinnati. Cynthiana was established in 1793 on the lands of Robert Harrison. According to tradition, the town was named in honor of Harrison’s daughters, Cynthia and Anna. Harrison County has approximately 18,000 residents. Cynthiana, the county seat, has approximately 6200 residents.

As a community we are proud of our farming heritage. The fertile soil and climate of the region are ideally suited to the cultivation of burley tobacco which has had a major economic, social and cultural influence on Cynthiana and Harrison County since the early 19th century. During the peak of production, Harrison County ranked 8th in the state with Kentucky being the largest producer of the burley leaf in the world. Cynthiana served as a major marketing hub for surrounding counties selling over 20 million pounds per year during those peak years. Burley tobacco is still produced here on a smaller scale along with the hay, corn, and beef cattle.

Cynthiana also boasts several manufacturing companies such as 3M, which produces the famous “Post It Notepads”, and E.D. Bullard Co., which manufactures a wide range of safety equipment. Our corporate citizens provide our people with jobs and support several community projects.

Our community is also proud of its excellent educational system including four elementary schools, one junior high school, one high school, a vocational school, and a community college. There are also two private schools.

Cynthiana has four parks that provide recreational activities for all our citizens: T-ball, Little League, baseball, softball, basketball, and soccer. Our newest park, Flat Run Veterans Park, contains 120 acres that is being developed as a family park with walking trails, picnic shelters and playing fields. Future plans include aquatic and recreation centers.

We feel we epitomize “small town America” where everyone knows your name, where people are valued, and pride in our community is a way of life... 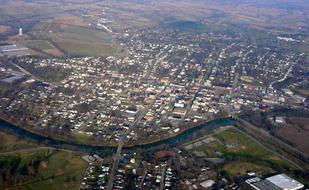 About the City of Cynthiana